Showing posts from October, 2008
Show all

October 30, 2008
Holiday shopping is right around the corner. If you want that perfect gift for your wife or girlfriend that you know will never be returned, then get her the Black Diamond Fantasy Miracle Bra. This piece of underwear is embedded with 3,575 black diamonds and 117 one-carat white round diamonds. To top it off, it also has two dangling 100-carat black diamonds.

Don't forget to check out the article from a few months ago about the diamond studded thong.
Post a Comment
Read more

October 29, 2008
A 1918 stamp, known as the "Inverted Jenny," and originally issued for 24 cents, will be auctioned by Robert Siegel Auction Galleries in New York. The auctioneers anticipate that the stamp may sell for between $500,000 and $1,000,000. The stamp has a picture of an upside-down image of a Curtiss JN-4H biplane.
Post a Comment
Read more 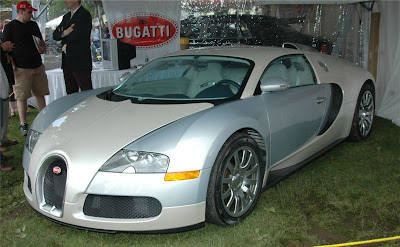 Bankrate.com came up with a list of the ten most expensive cars in the world. If you thought a Rolls-Royce would be in the top three, you would be wrong. Number one is the 1,001 horsepower Bugatti Veyron, which can reach 253 mph. The car can be had for a reasonable $1,500,000. In second place is the Pagani Zonda, which sells for $741,000. Third is the Mercedes-Benz SLR McLaren at $503,750.
Post a Comment
Read more

The Most Northern Resort in Great Britain for Sale

October 26, 2008
If you have a spare 3 million British pounds, you can pick up the Saxa Vord leisure complex on the Shetland island of Unst, Britain's northernmost holiday resort. This former RAF base is considered Britain's first "residential, natural and cultural heritage centre".
Post a Comment
Read more

October 12, 2008
Would you be wiling to pay $25,000 for a dessert? It's available at Serendipity 3 in New York City and includes chocolate, gold, black truffle shavings, and even a gold spoon.
Post a Comment
Read more

October 12, 2008
A Norwegian jeweler has created the world's most expensive iPod, made out of 18 karat which and pink gold with 312 diamonds, and 118 diamonds on the ear plugs. There is only one in existance and it sells for $41,000.
Post a Comment
Read more 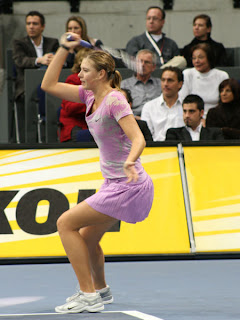 A date with the famous tennis champion, Maria Sharapova, the world's highest paid female athlete, sold for a reasonable price of $10,000 at a charity auction. The successful bidder even outbid Maria's boyfriend.
Post a Comment
Read more
More posts