Showing posts from December, 2016
Show all

You still have a week or so to do your shopping. If you are looking for a gift for the billionaire who has everything, check out this list. You better buy them now before they are sold out.

1. Isn't it time you bought a new watch? The Rolex Daytona Platinum Watch with Diamond Bezelis available for only $135,800.

2. How about a beautiful necklace? Check out the 18K Yellow Gold Pear Cut Emerald And Round Diamond Pendant for a reasonable price of $120,040.

3. How about starting your own country with your own private island. A Florida island is available on eBay for $3,450,000.


4. If you are into antiques, you might be interested in Queen Liliuokalani's Hawaiian Music Cabinet, the most expensive antique on eBay.

Are You an Elvis Fan? Buy His House!!! 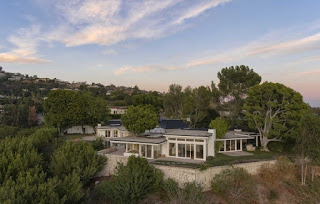 The Beverly Hills home that Elvis and Priscilla bought for $400,000 when they were first married in 1967 is for sale and featured this week at TopTenRealEstateDeals.com.
The King will never die. Elvis Presley's music, films and the homes he has owned are legendary. He was the game changer in the music world with his own style blending rock and roll, ballads, blues and gospel, the best-selling solo artist in the history of recorded music with record sales over 600 million.
Obsessed fans knew his likes, dislikes, and what food he ate. They have ogled over his and Priscilla’s honeymoon vacation house in Palm Springs and Graceland, but it was his first home with Priscilla in Trousdale Estates overlooking Los Angeles where the fans have been coming for years to write messages to Elvis on the gate door set into the garden wall.
The days of Elvis slouched on a well-worn overstuffed sofa with a plate stacked high with peanut butter and banana sandwiches on his lap are long over for this…
Post a Comment
Read more
More posts