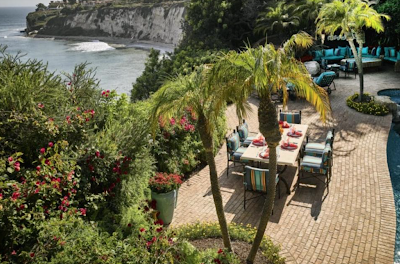 Unequaled late-night talk show host Johnny Carson was a standout among entertainers, to which his 30-year longevity on air is testament. Though three preceded him in the genre: Arthur Godfrey, Steve Allen and Jack Parr, it was Carson who became - and still is - the icon of late-night talk shows. He sent Americans to bed each night with a smile on their face and was instrumental in boosting the careers of many entertainers we still enjoy today including Jerry Seinfeld, Ellen DeGeneres, Roseanne Barr, David Letterman and Jay Leno. An invitation to appear on Carson’s “The Tonight Show” was the #1 goal of most up-and-coming artists who knew that if they made it there, they could look forward to a successful career. 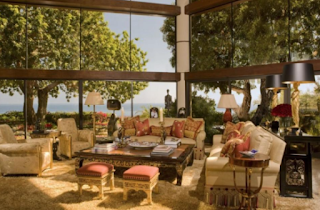 Though his television success, where his quick wit and cool sophisticated comedy, appeared to define the man, off stage Johnny was a totally different person. He described himself as a loner who liked his life that way. He attended few social functions, only those important for his career, and even then kept mostly to himself and left early. He never spoke to the guests appearing on “The Tonight Show” either prior to the show or afterwards, but instead prepared about twenty questions in advance and didn’t see them until they were introduced and sat down across from his desk on stage. 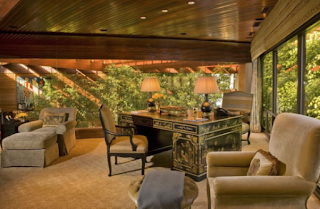 The show’s first ten years were based at 30 Rockefeller Plaza in New York, but moved to Burbank, California in 1972 where it stayed until Carson’s retirement in 1992. Carson loved to play golf and for a number of years owned a home in Bel Air. However, in the mid 1980s he bought a four-acre, cliff-top home above the celebrity-studded Point Dume community in Malibu overlooking the Pacific Ocean where he lived with third wife, Alexis, until his death in 2005. Alexis continued to live there until 2007 when she sold it to film producer Sidney Kimmel and his wife, Caroline. The Kimmels restored it to its original plan and have recently put it on the market. 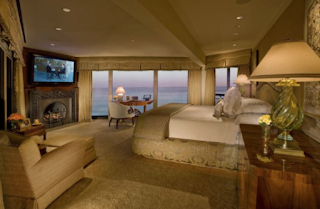 Nestled within its four acres of lush gardens, the two-bedroom, 7,083-square-foot main house designed by architect Ed Niles is a study in wood beams, glass and indoor landscaping that blurs the line between indoors and out. Thirty-foot high glass ceilings and indoor arboretum are accented with a copper and glass fireplace and open entertaining spaces including an Asian-style lounge. The many dining options are formality indoors or more casual on the terrace overlooking the ocean or a separate casual dining room, all served by the chef’s kitchen. The master suite is on the upper level with his-and-her baths with onyx fixtures and separate wardrobes, an office and ocean terrace. Also included are a wine and tasting room, media room, sun deck with pool and waterfall. On the grounds are championship tennis courts with a pavilion that has two bedrooms, kitchen, gym and locker room, a waterfall and koi pond, and another separate guest house. Co-listing agents are Linda May of Hilton & Hyland, Beverly Hills and Chris Cortazzo of Coldwell Banker in Malibu. 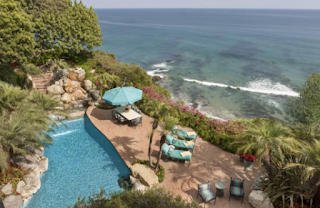