September 21, 2018
Robin Williams, the famous comedian and actor who started his claim to fame playing an alien from outer space on the Mork & Mindy TV show (after an appearance on Happy Days), was a collector, with his wife,  of numerous types of memorabilia and collectibles.

They had collected everything from watches to modern art to entertainment items to bicycles to sports memorabilia to autographs.

This collection will now be sold through a Sotheby's auction on October 4, 2018 at 2 pm ET. The auction will be held in New York. with over 300 items being auctioned.

One of the more interesting items include a cast bronze sculpture of a horse, Madronne (Cody) by Deborah Butterfield, with an estimate of $220,000 to $280,000.

If you are looking for an inexpensive souvenir from his collection, there is an autograph of the famous silent film comedian, Buster Keaton with an estimate of $75 to $100.

If you are interested in bidding on any of these Robin Williams items, it is advisable to register ahead of time.
auction autographs baseball bicycles chess entertainment modern art Robin Williams sculptures watches

Cities with the Most Expensive Hotel Rooms

February 07, 2010
Moscow has the most expensive hotel rooms, according to the Daily Telegraph. In second place is Abu Dhabi, and third is New York City.
Read more 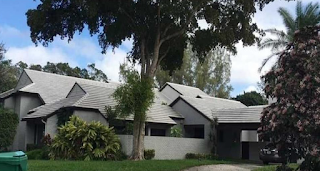 “Jackie Gleason's Final Florida Home”
One of the most innovative and popular television entertainers of the 1950s and '60s,  Jackie Gleason, lovingly referred to as Mr. Saturday Night, was born 100 years ago in 1916. His final Florida home, almost unchanged since he died in 1987, is for sale.
“The Jackie Gleason Show,” with the second highest ratings in 1955, was dominated by Jackie who not only was a huge man but with an even larger and brash personality. He never rehearsed with the cast but adlibbed his way through the show making each performance a surprise to his director. His shows consisted of song, flashy dance numbers by The June Taylor Dancers, celebrity guests who enjoyed appearing in his comedy routines and his special characters such as Ralph Kramden in “The Honeymooners” skits. Until 1964, Gleason’s variety show was recorded with live audiences at Studio 50 in New York City. But then a friend told him he could play golf all year in Florida so Jackie loaded his cas…
Read more