Showing posts from November, 2011
Show all

Some billionaire reading material, just in time for the Thanksgiving weekend. How to be a Billionaire: Proven Strategies from the Titans of Wealth The Outsider's Edge: The Making of Self-Made Billionaires Billionaire: Secrets to Success Billionaire! How the Ultra-Rich Built Their Fortunes through Good and Evil, and What You Can Learn from Them Billionaire In Training Happier Than a Billionaire: Quitting My Job, Moving to Costa Rica, and Living the Zero Hour Work Week The Accidental Billionaires: The Founding of Facebook: A Tale of Sex, Money, Genius and Betrayal 1,000 Dollars and an Idea: Entrepreneur to Billionaire: Expanded Edition Everything Is Possible: Life and Business Lessons from a Self-Made Billionaire and the Founder of Slim-Fast The Billionaire Who Wasn't: How Chuck Feeney Made and Gave Away a Fortune Without Anyone Knowing The Billionaire's Vinegar: The Mystery of the World's Most Expensive Bottle of Wine
Post a Comment
Read more

November 17, 2011
A man in Contra Costa County, California who took a hint from the Storage Wars TV show, decided to bid $1,100 on an abandoned storage unit. Much to his surprise and delight, one of the plastic bins in the unit contained gold and silver worth $500,000 . The plastic bin was so heavy, three men had to lift it.
Post a Comment
Read more

Elizabeth Taylor Collection to be Auctioned 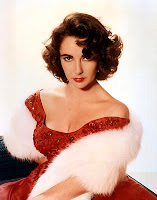 On December 13, Christie's will auction off The Collection of Elizabeth Taylor which includes her jewelry, clothes and movie souvenirs. There will be a public exhibition in New York City during December 3 through December 12 in the Rockefeller Center gallery. The highlight of the auction is the Elizabeth Taylor Diamond, which is a 33.19 carat rectangular cut ring and is expected to be hammered at $2.5 to $3.5 million.
Post a Comment
Read more

Supermodel Miranda Kerr was chosen to wear the $2.5 million diamond-studded bra created by London Jewelers at the Victoria’s Secret Fashion Show in New York. The bra has almost 3,400 precious gems amounting to 279 carats. This is one of many Fantasy Bras. For the Victoria's Secret catalog, the first Fantasy Bra was worn by Claudia Schiffer in 1996 and was worth $1 million. The first Fantasy Bra worn for the annual Victoria's Secret Angels fashion show was worth $12.5 million and was worn by Heidi Klum.
Post a Comment
Read more

John Lennon of The Beatles had a molar removed and gave it to his housekeeper many years ago. The tooth just sold at an Omega Auction House auction in England on Saturday for over $32,000 . The estimated sales price was $16,000. The winning bidder was purportedly a Canadian dentist.
Post a Comment
Read more

November 06, 2011
Wells Fargo is opening a bank i9n Chicago called Abbot Downing , which caters to the very, very wealthy. After opening in Chicago next April, it plans to open more branches in San Francisco, Los Angeles, Scottsdale, Denver, Houston, Minneapolis, Philadelphia, Charlotte, Winston-Salem, Raleigh, Naples, Jacksonville and Palm Beach. The bank is designed for people with $50 million in investable assets. One of the bizarre features about the bank is that it "will have psychologists on staff to build family genealogies" according to recent news reports. What does psychology have to do with genealogy?
Post a Comment
Read more
More posts