Showing posts from November, 2015
Show all

How would you like to buy your own town , that even includes a haunted house and a bar? Here are the details: Name of town: Swett Location: South Dakota Property size: 6 acres Includes: House (haunted), bar, garage Population: 0 Price: $250,000 (discounted from $399,000 previously) Wouldn't this make a great holiday gift? You could be your own mayor.
Post a Comment
Read more 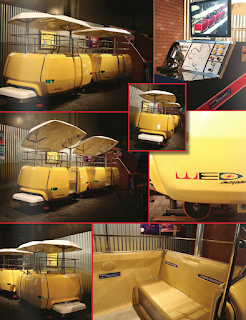 PeopleMover ~ Courtesy of Van Eaton Galleries Do you remember going for a ride on the Disney PeopleMover in the 1970's, 1980's, and 1990's at Disneyland? It was the little tram that took you around Tomorrowland on raised tracks. Since the PeopleMovers have not been in the park for years, they have become collectors items. And you could have bought one at the Collecting Disneyland Auction offered by Van Eaton Galleries . This one of only 13 PeopleMovers still in collections was hammered at $ 471,500 , on an estimate of $200,000 to $300,000. It is in excellent condition. A total amount of $1.7 million was raised at the auction.
Post a Comment
Read more

You Missed Out on Buying the Scarface Mansion 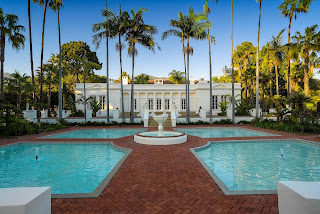 Scarface Mansion photo courtesy of    TopTenRealEstateDeals.com   “'Scarface' Movie Mansion Sells” The opulent mansion that was the fictional home of Al Pacino’s character, Tony Montana, in the 1983 film Scarface has sold after 17 months on the market and a price drop of almost $23 million. Although the movie portrayed it as a Miami mansion, it is actually a 109-year-old home in Montecito, California. Its best known scenes were Tony's wedding to the cocaine-addicted beauty queen Elvira (Michelle Pfeiffer's break-out role) and where Tony made his bloody last stand with his M-16 “little friend” killing 42 assassins. Other than the movie, the mansion is most famous as the wedding site for 54-year-old Charlie Chaplain and 18-year-old Oona O'Neill, daughter of playwright Eugene O'Neill, in 1943. During the real estate crash, international investors were flocking to the U.S. to take advantage of rock bottom prices on everything from Kentucky horse
Post a Comment
Read more 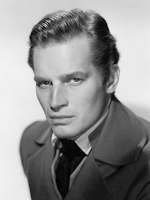 Have a spare $12 million? If so, why not buy Charlton Heston's mansion. This five bedroom, six and a half bathroom home is located on Coldwater Canyon. It includes a tennis court and swimming pool. According to Curbed.com , there is an additional three-story artist's studio on the property.  It has a  screening room and an elevator. (You could Airbnb it since it also has a bedroom and bathroom.) It is listed by Myra Nourmand and Howard Stevens at Nourmand & Associates Realtors .
Post a Comment
Read more

Jeff Bezos Now the Third Richest Man in the World 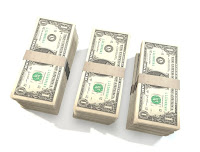 After Bill Gates and Warren Buffett, the third place position has been held by Carlos Slim Helu, the Mexican businessman and investor who has a controlling interest in many companies, including Telmex and America Movil. However, Slim has been pushed out of his position, and been replaced by Jeff Bezos, founder and CEO of Amazon.com , according to a recent report by Bloomberg . This is due to the fact that the stock price of Amazon has had a huge spike. Yesterday, the stock traded at 680.57 per share. It has since dropped from that price, currently 651.57, but still substantially higher than its price on January 2 this year of 308.52. Having a substantial amount of stock that more than doubles in less than a year can really help your net worth.
Post a Comment
Read more 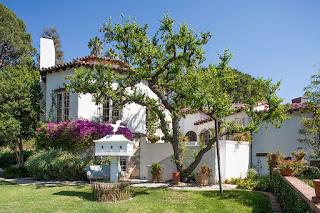 Hollywood History Home! Steeped in Hollywood history, one of Beverly Hills’ earliest movie star mansions has recently gone on the market at $42.5 million . Built in the early 1920s by architect John Byers for film director King Vidor ( War and Peace, Ruby Gentry, The Fountainhead ), the mansion was eventually sold to actor John Barrymore. From its earliest days as a lima bean farm and then a failed oil field, developers began selling large home lots in the early 1900s naming the Los Angeles neighborhood “Beverly Hills,” based on Beverly Farms in Massachusetts. The Beverly Hills Hotel was built in 1911 and attracted many of Hollywood’s biggest stars, some decided to build their own homes in the nearby hills. In 1919, Douglas Fairbanks and Mary Pickford transformed an 18-acre hunting lodge into “Pickfair,” a mansion estate with horse stables, tennis courts, bowling alley, movie screening room, Old West saloon and the first private swimming pool in Los Angeles. Charlie Chapl
Post a Comment
Read more
More posts