Showing posts from January, 2017
Show all

The Most Expensive House in the United States is For Sale: $250 Million 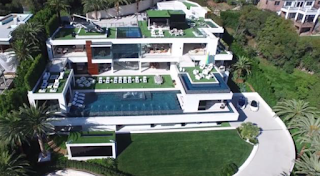 How would you like to own a brand new 38,000 square foot home, with 12 bedrooms and 21 bathrooms? And how about a 280 degree view of Los Angeles? Here is your chance to buy the most expensive home in the United States. This fantastic Bel Air, California home has a 40 seat Dolby theater. Plus it has two elevators, three kitchens, a four lane bowling alley, a candy wall, and five bars. The 85 foot pool has a swim up bar. The price for this mansion is only a quarter of a billion dollars, just $250,000,000. More pictures of this home can be found at The Hollywood Reporter website.
Post a Comment
Read more 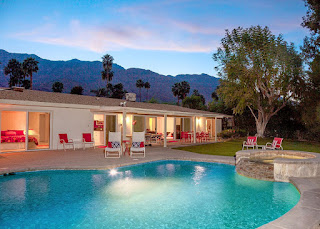 “Walt Disney's Palm Springs Vacation Home” When Roy and  Walt Disney  co-founded the Walt Disney Company in 1920, they had dreams of large success, but likely could not have fathomed becoming the world leader in fantasy, cartoon characters and family film. Neither would they have imagined continuing that leadership position in their artistic niche so long after their deaths. Although Roy was the silent, shy partner who addressed the financial end, Walt was the creative part of the duo and during his lifetime accrued 26 Academy Awards (still a record) for the company. Though Walt was the youngest brother, he died at the age of 65 in 1966. Roy was 73 at the time and postponed his retirement in order to open Disney World, which he later named Walt Disney World in honor of his brother. The new park transformed Orlando from a sleepy military and citrus town to America's most popular  family resort  vacation destination with over 50 million visitors in 2016.   Only thr
Post a Comment
Read more 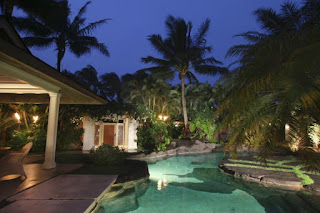 For nine years, President Barack Obama and family have enjoyed Christmas vacations at several upscale  Hawaii beach homes  with water views and room for staff and Secret Service agents. Soon after his historic election in 2008, President Obama settled into an annual vacation routine of golf, working out, visiting the island's military bases, beach time and keeping up with world affairs. Recently returned to Washington, D.C. after his final Hawaii trip as president, the Kailua Bay home where Obama and family stayed for four of their Christmas vacations will still be available for the first family to use. Or for anyone who can afford the $3,500 per night cost. When the President first rented their vacation home in December of 2008, he was just a few weeks from his inauguration as the first African-American president. The stock market was collapsing, unemployment was soaring, the housing market was in the early stages of an historic collapse and 195 people had recently died
Post a Comment
Read more
More posts